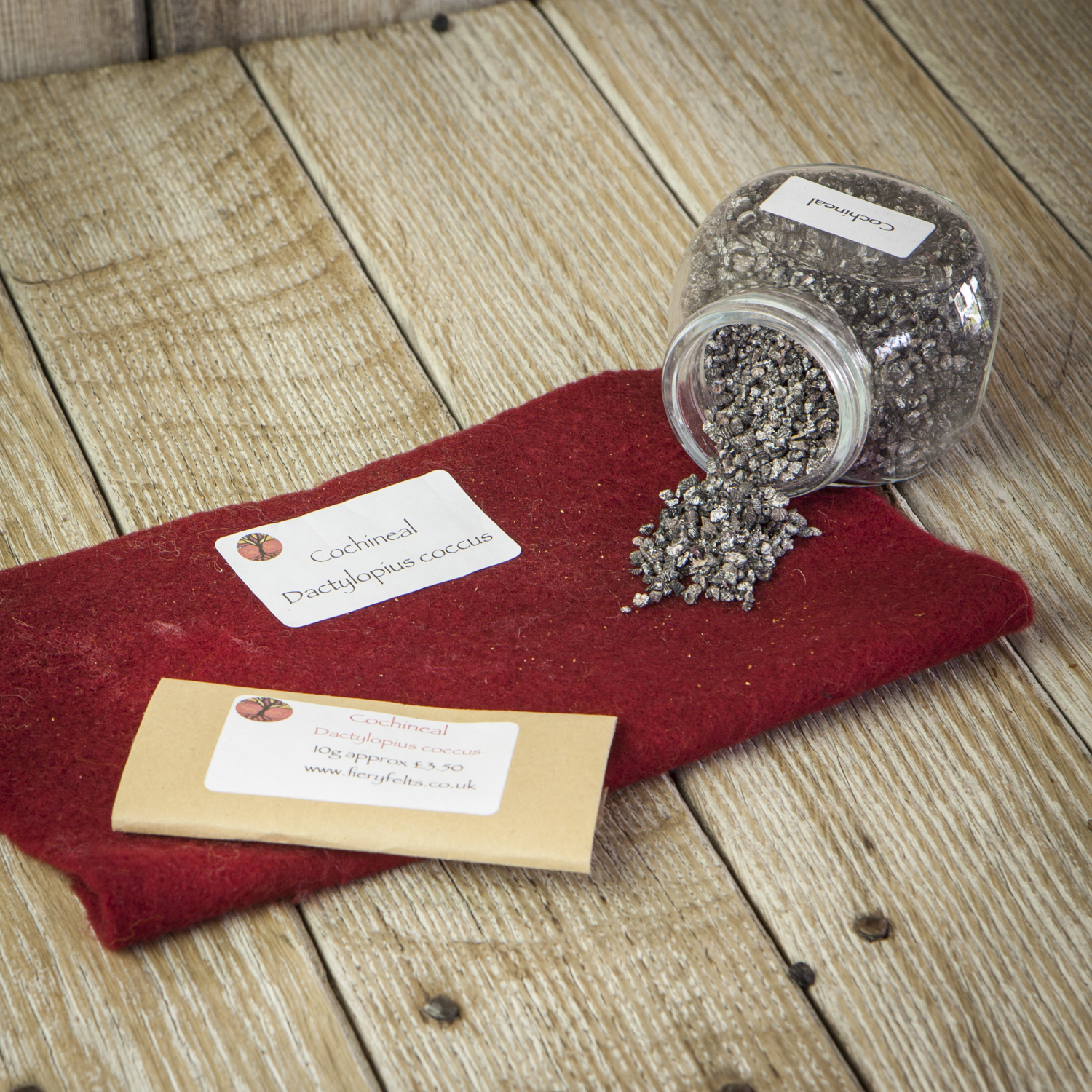 The colours from cochineal are rich and warm; pinks, reds, purples or grey. The colours  vary depending on both mordant  and pH (that is whether acid or alkali is added, such as  acetic acid or sodium carbonate (washing soda or ammonia).

10g will dye 50g of fibres a deep pinky red colour on an Alum mordant, but don’t forget to add Cream of Tartar as cochineal only fixes well in an acidic environment. Or do as the Peruvian’s do and add a cut up lime to the bath. Successive exhausted baths give paler and paler pinks until the dye is fully exhausted.

For more information read my Colours of the Earth Book.

When the Spanish arriving in South America and saw the native people producing a rich range of reds and purples, they could hardly believe their eyes as the reds and purples they saw had been both rare and expensive in Europe.

They regarded the cochineal beetle as a gift from God not realising that the native people had been cultivating it for 1000’s of years. The Spanish imported vast quantities of  cochineal into Europe – the income from which rivalled silver as a source of wealth – the cochineal was both cheaper than the native red insect dye ‘kermes’ and more poten