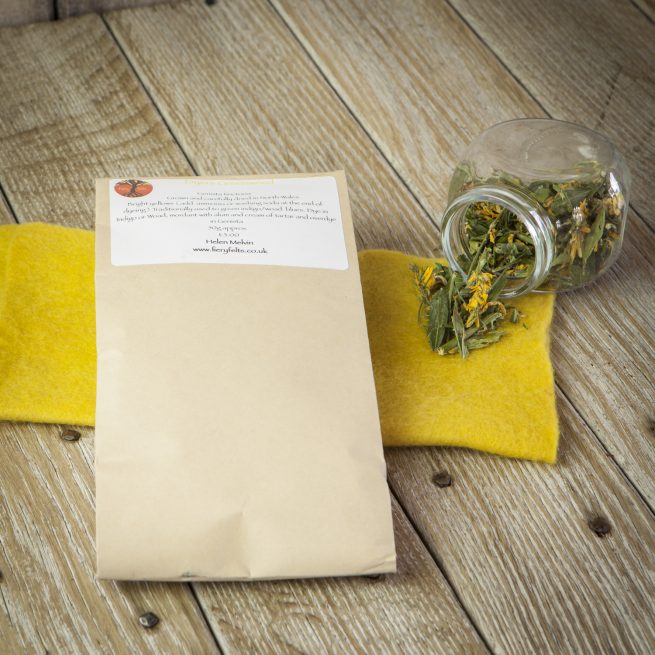 Dyers Greenweed (Genista tinctoria), is a native plant ,  and has been grown in my dye garden in North Wales. Despite the fact that it is said to be a weaker dye than Weld, mine has grown stronger the longer I have had the plant.

The dye in Dyers Greenweed is Luteolin, the same as in Weld (Reseda Luteola). In France in the 17th century it was numbered amongst the five yellow dyes considered colourfast enough to be used in high-quality dyeing.

Seeds and debris of Genista tinctoria have been found in archaeological sites in York (9th-11th century) and Bristol (13th-14th century).

Soak the dried plant material  overnight allowing 100g for each 50g of fibres.  Heat to a simmer before allowing to cool. Extract the liquid, re-enter the plant material tied up in a muslin bag along with pre-mordanted fibres. Heat and maintain just under a simmer for one hour before allowing to cool. Do not boil for prolonged periods as this can dull the dye.  Add a dash of ammonia or stale urine for a bright yellow. If you leave dye fibres soaking for a further four or five days you get a significantly better colour. (from Dominque Cardon’s ‘Natural Dyes’)